So, we visited Ecuador over the Christmas holidays. It was a fantastic vacation - I highly recommend visiting, especially if you (like me):

In fact, I think Ecuador makes a fantastic destination regardless - it has an incredible amount of history, as well as spectacular natural beauty and wild life. Additionally, Indians who don’t have the time to get visas before travelling (like me) don’t need a visa to visit Ecuador - as long as the duration of the trip is less than 90 days.

We divived our time between Quito, Ecuador’s capital, and among some of Galapagos islands.

Quito is split up in a bunch of different neighborhoods, and the architecture of each neighborhood is pretty unique and instantly recognizable. Since it’s nestled between two mountain ranges, Quito has grown most along a north-south axis - there’s a North, Central, and South Quito but no East/West Quito. Central quito is basically the oldest part of the town, and it’s also where we spent most of time in Quito. Some buildings and intersections here date back to the 1500s! It looks incredibly charming. On the southern border of Old town is the El Panecillo hill, which is also home to the statue of the madonna. The Basilica of National Vow is also located in the old town section of the city.

Historic Quito is an extremely charming place just to spend your time on the streets taking in the sights and sounds. There’s Franciscan and Jesuit churches with intricate interiors and a bunch of architectural styles. Walking around, the city actually reminded me of old Ahmedabad - except it was probably cleaner, and way hillier. 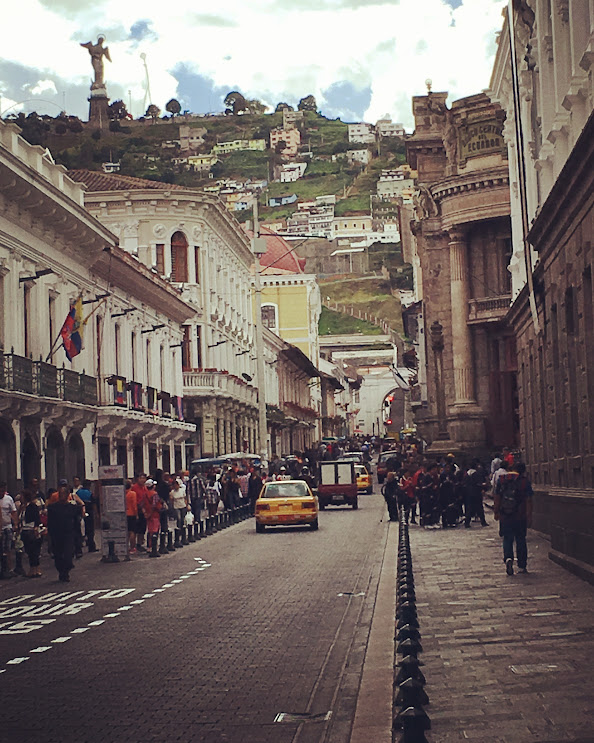 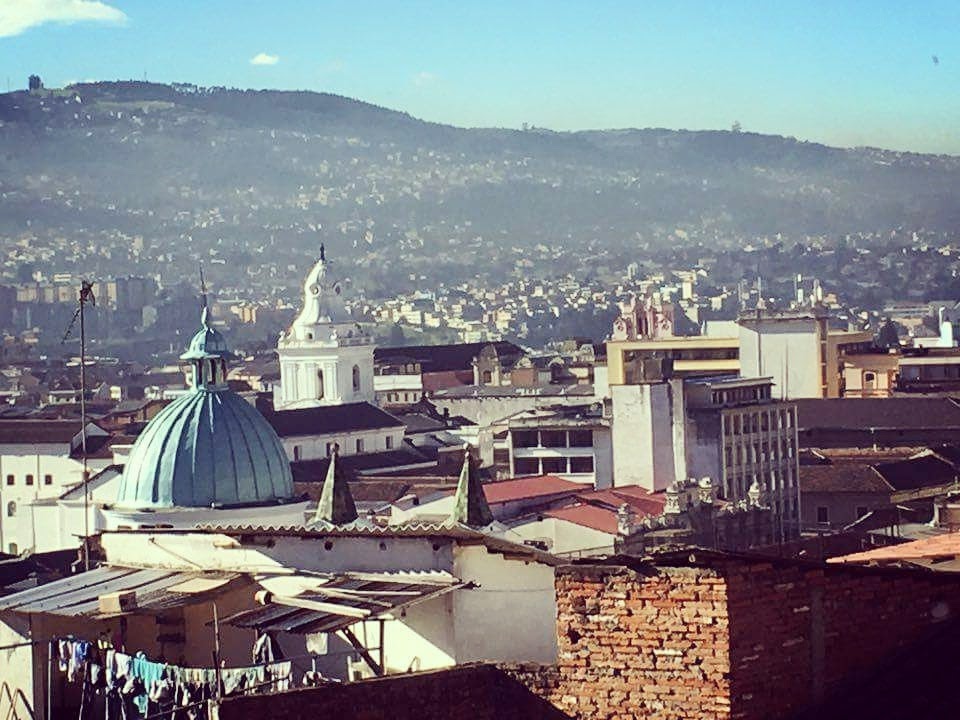 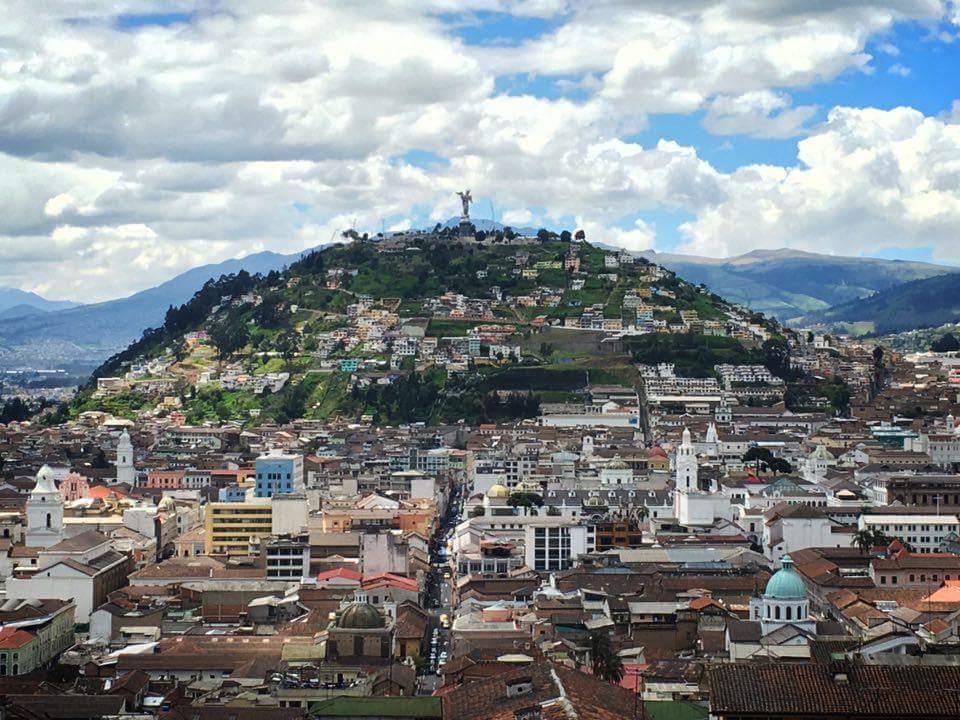 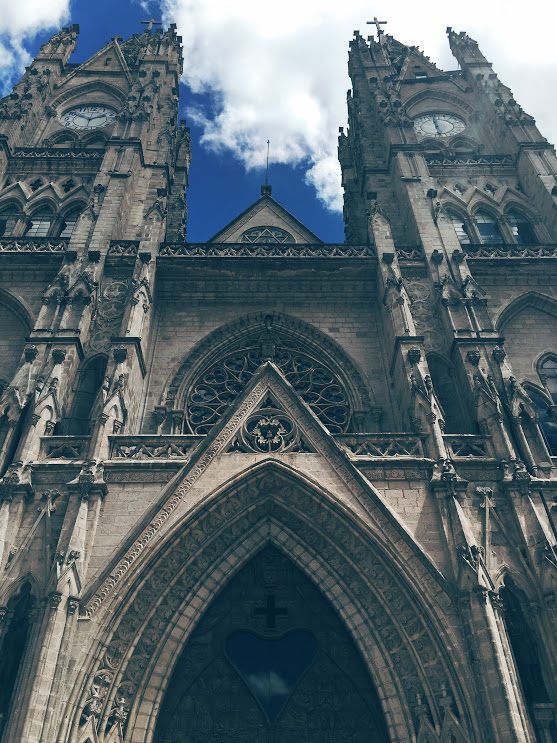 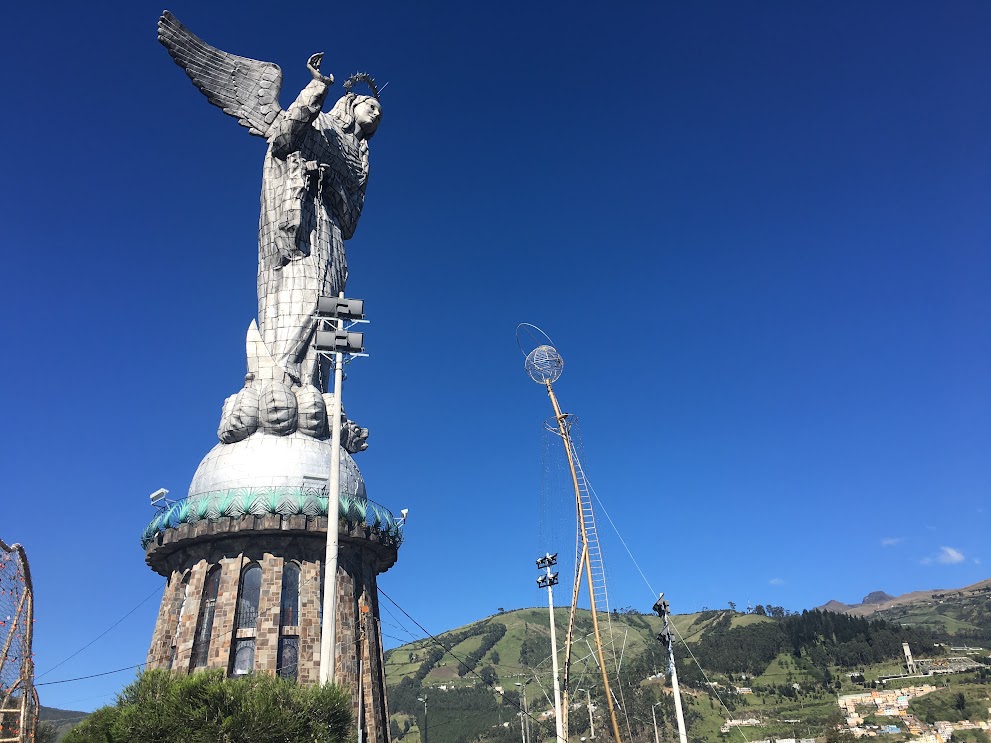 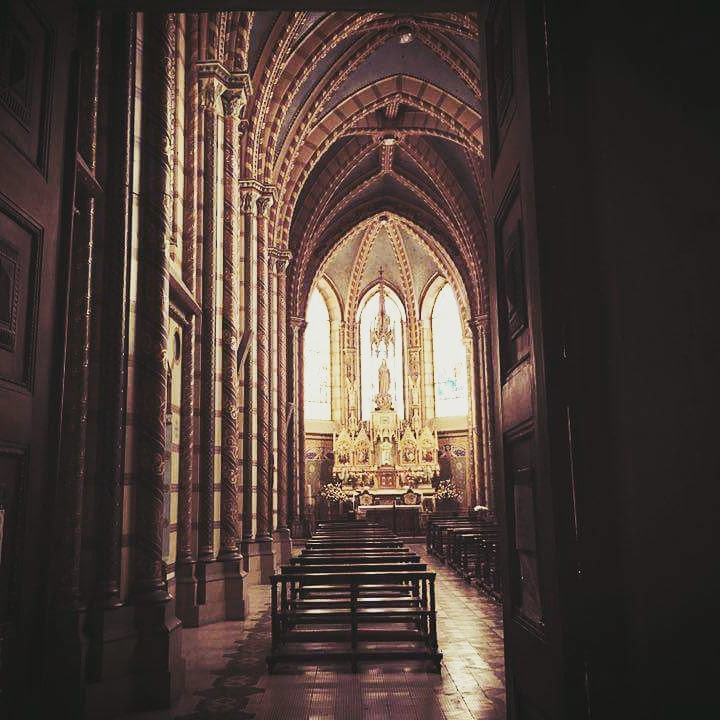 Rish got lucky with some dramatic clouds: 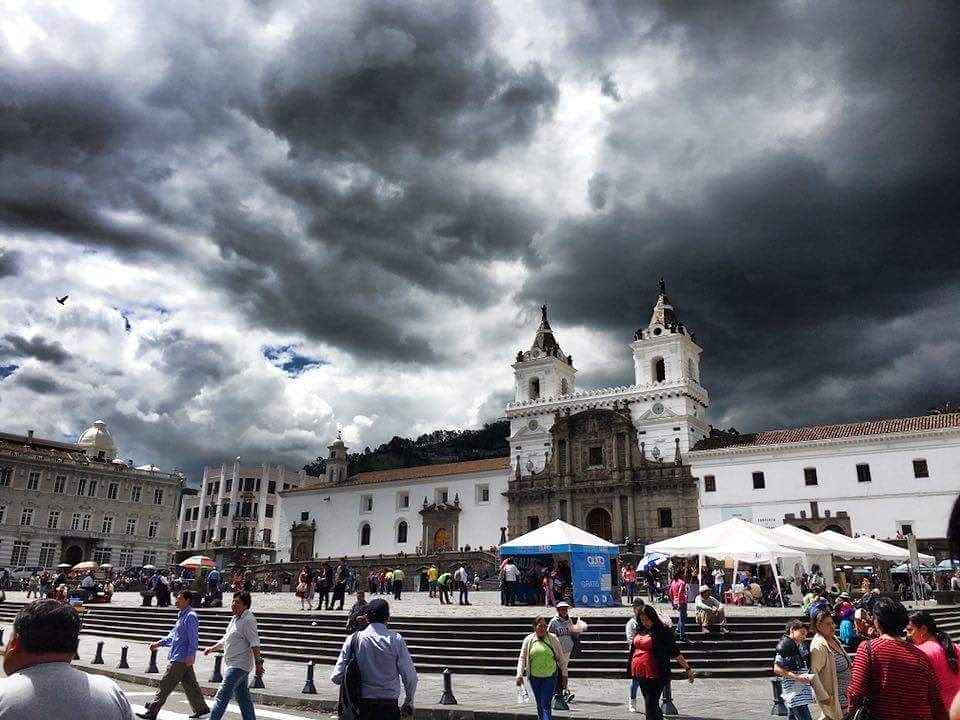 Lots of folks having ice cream at Independence Plaza: 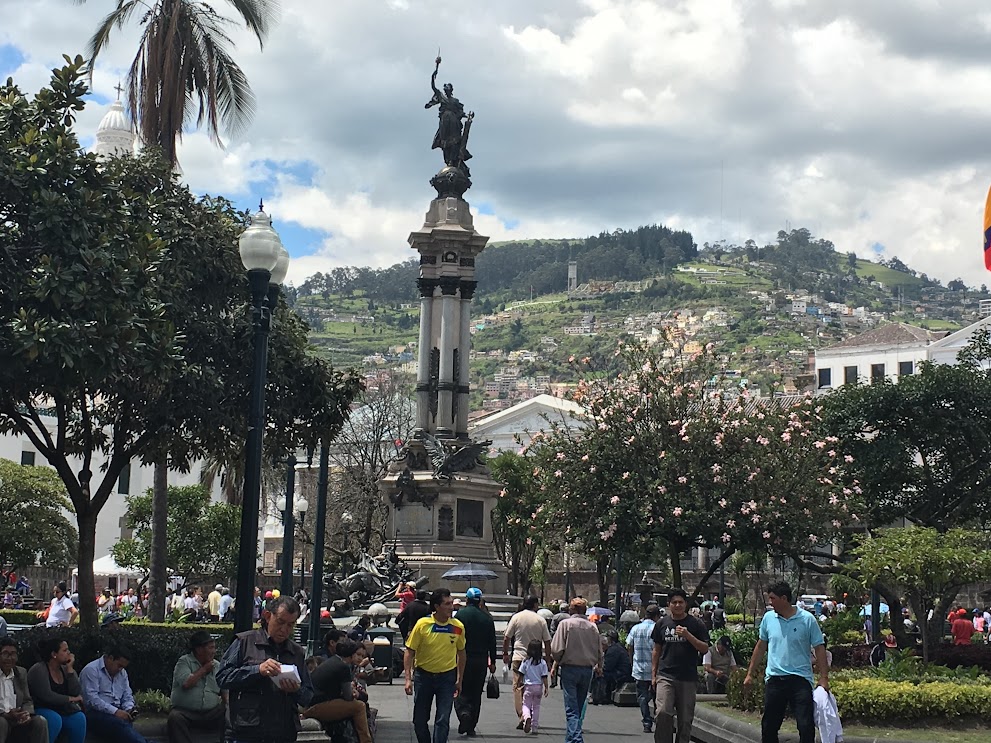 Northern Quito is home to the financial district, and a bunch of new property - hence the high rise buildings. Southern Quito is mostly residential, with lots of homes for working class folks. 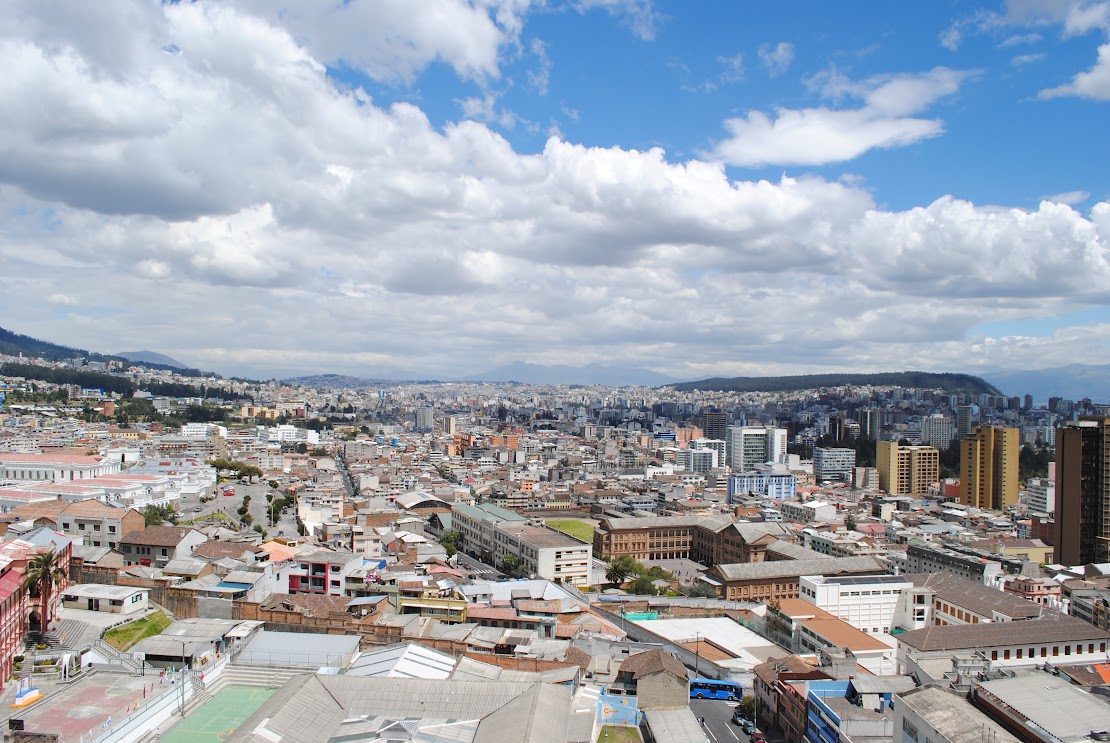 The Galapagos islands are roughly a 90 minute flight from Quito, consisting of ~18 large islands and a bunch of smaller islands. Getting to the boat involved taking a flight into Baltra, a short ferry ride to Northerh Santa Cruz, a drive across Santa Cruz to the souther port town of Puerto Ayora, and finally a boat ride on the Zodiac (Nemo’s dinghy) to the Nemo I.

This was my first cruise - and I can’t say enough good things about Nemo I! Everything, from the service and food, to the actual tours and the activities were fantastic. Nemo had only 13 people - 4 families, including ours - on board not counting the boat’s crew. Our tour guide Ivan was very knowledgable and worked pretty hard to make sure that we got to the beaches before they got crowded with a folks from the larger tour boats.

The experience on the islands was also incredible. Rish pointed out something that fully explained the uniqueness of the place - the folks running the Galapagos Islands National Park have done an incredible job in the recent past to make sure that tour groups leave no trace, and leave the wildlife alone as much as possible. What this means is, the birds and creatures that you see - from the birds, to the sea lions, to the lizards are absolutely unafraid of humans. In fact, sea lions are extremely friendly and curious, and you’re the ones who are taught to not touch them and keep your distance.

Plus, access to the islands is pretty regulated. We were usually lucky and got to the beaches before most other groups, and the high tide had washed away footprints from the previous day. It was the closest thing Rish imagined to discovering new land. :) 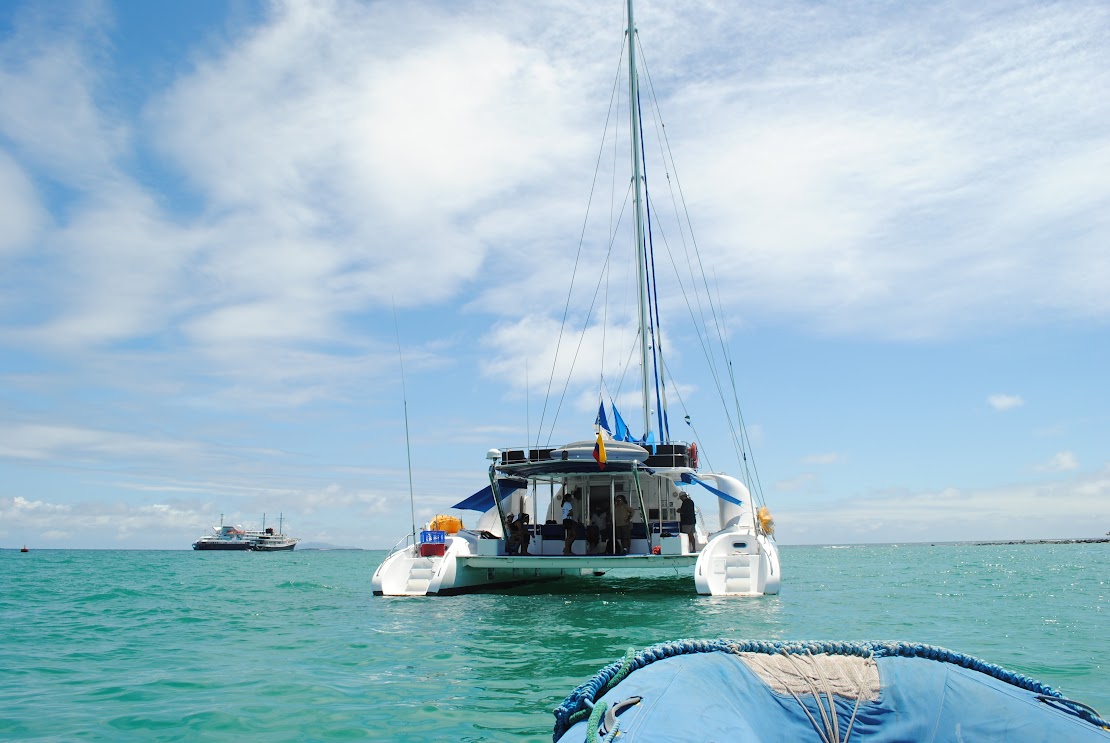 Chilling on the boat was really not an issue: 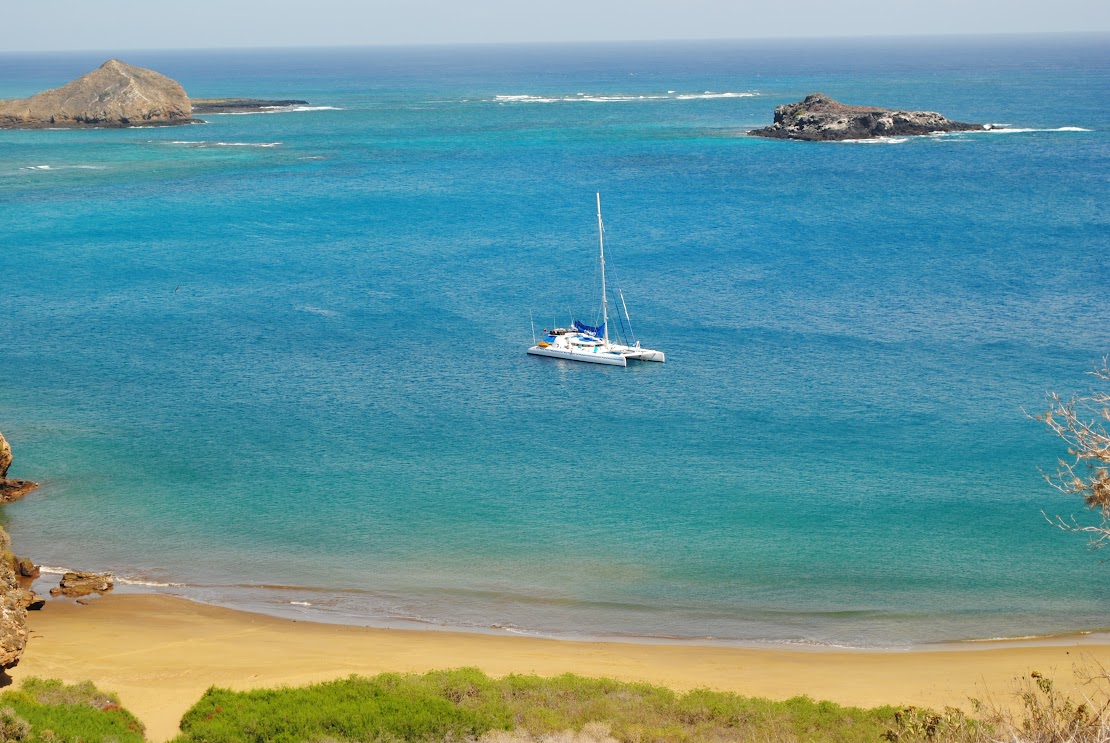 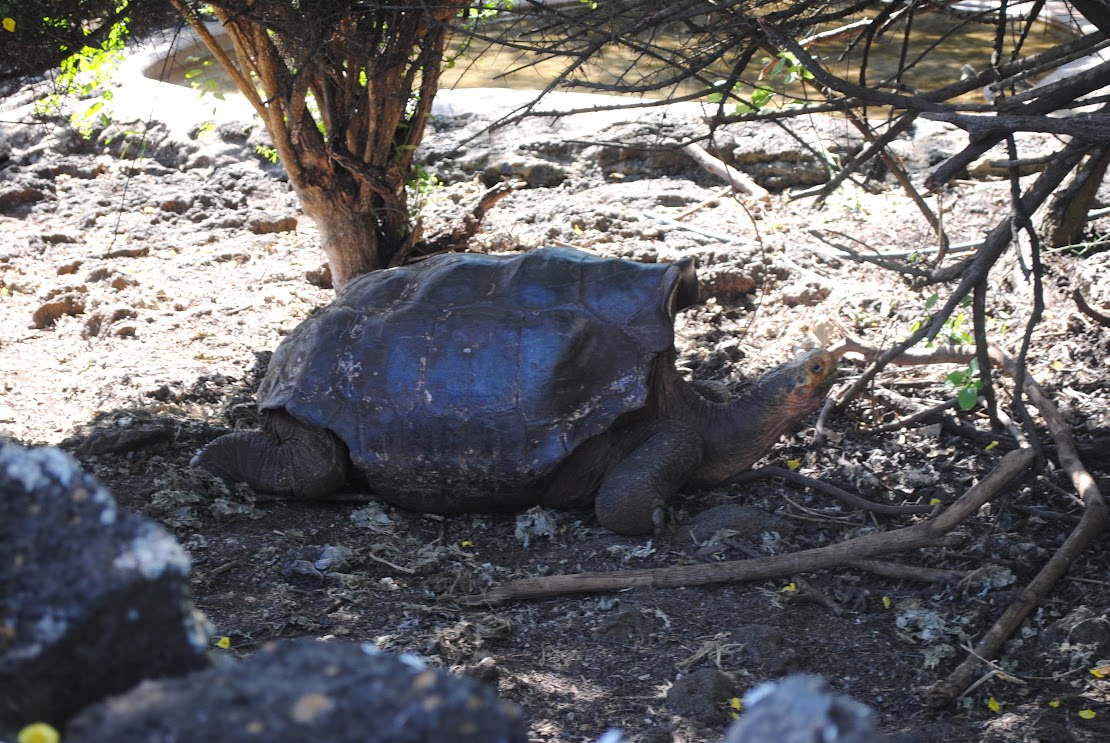 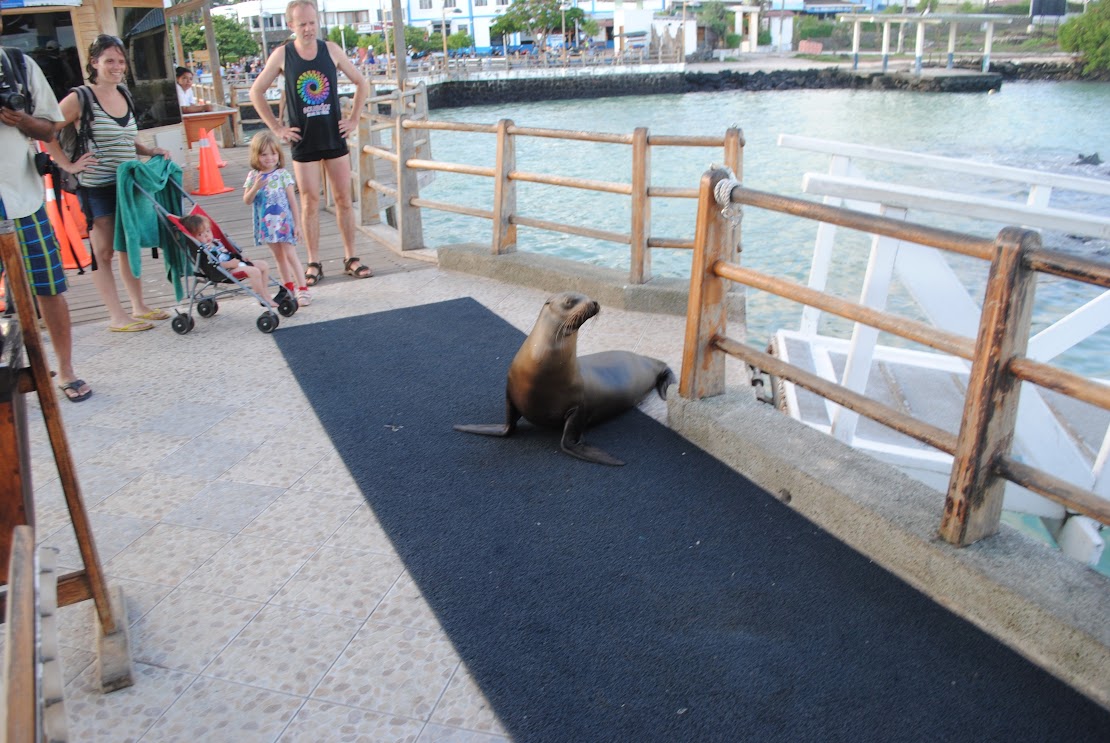 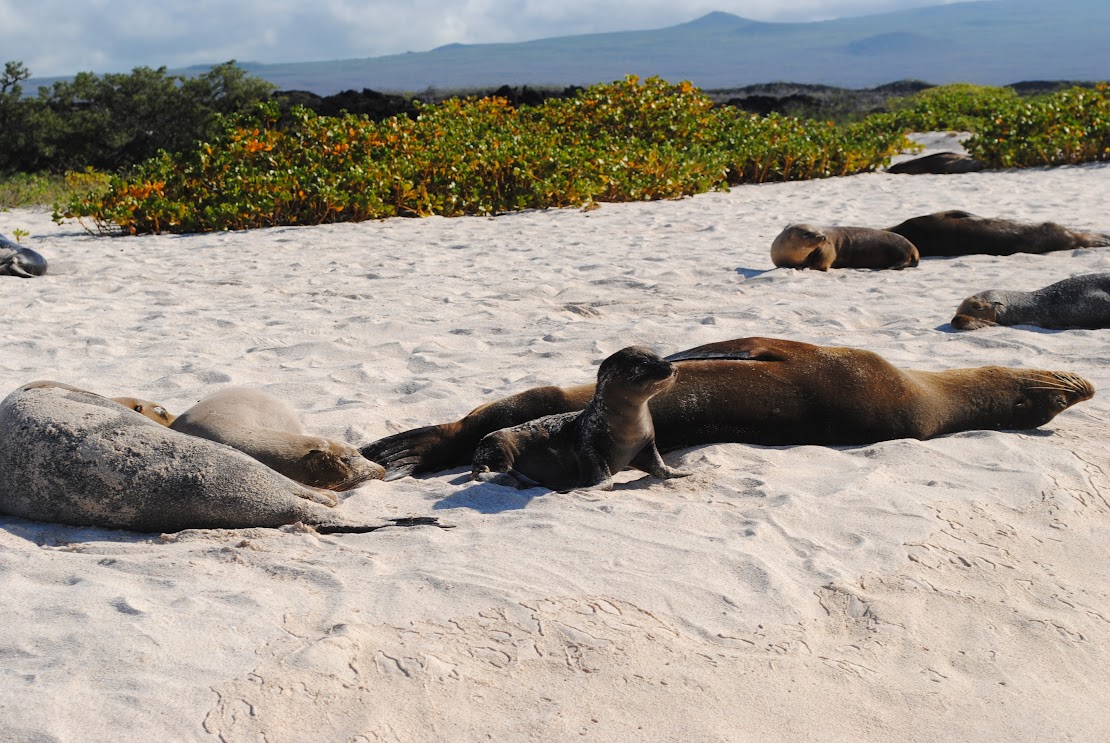 On our last day on the boat, Ivan took us a Mangrove forest very close to Santa Cruz. Trees in the middle of the ocean, roots going over 10 feet underwater! Turtles mating, and over 200 blue-footedboobies having a feeding frenzy. 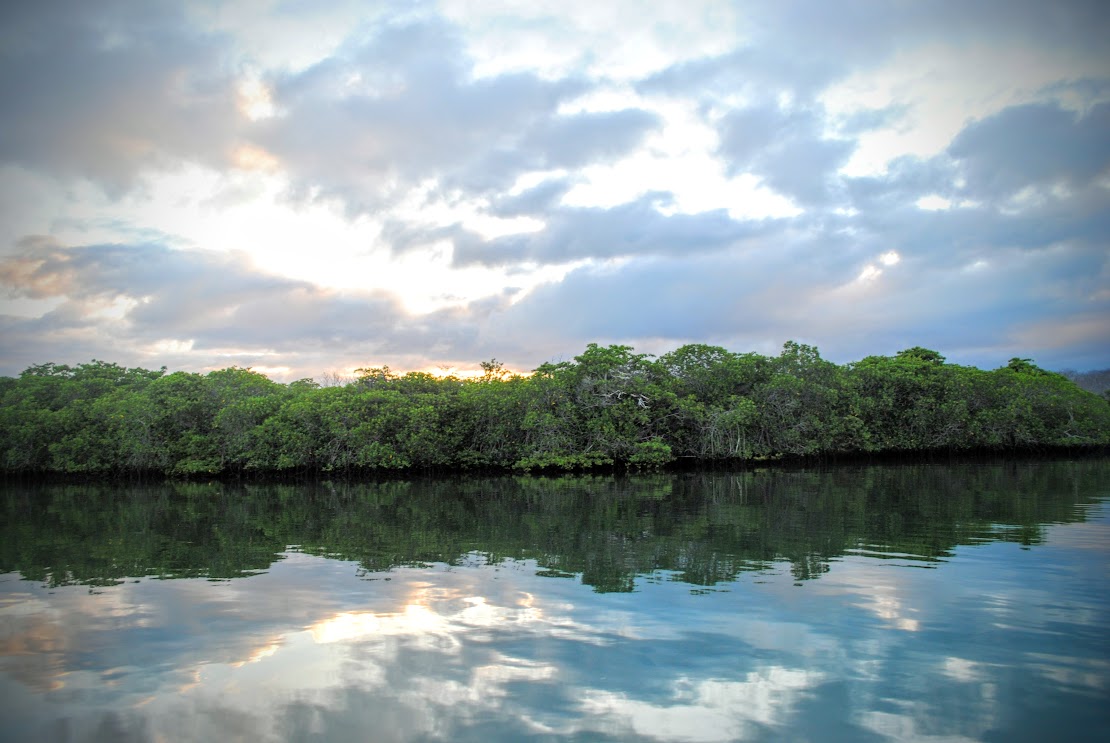 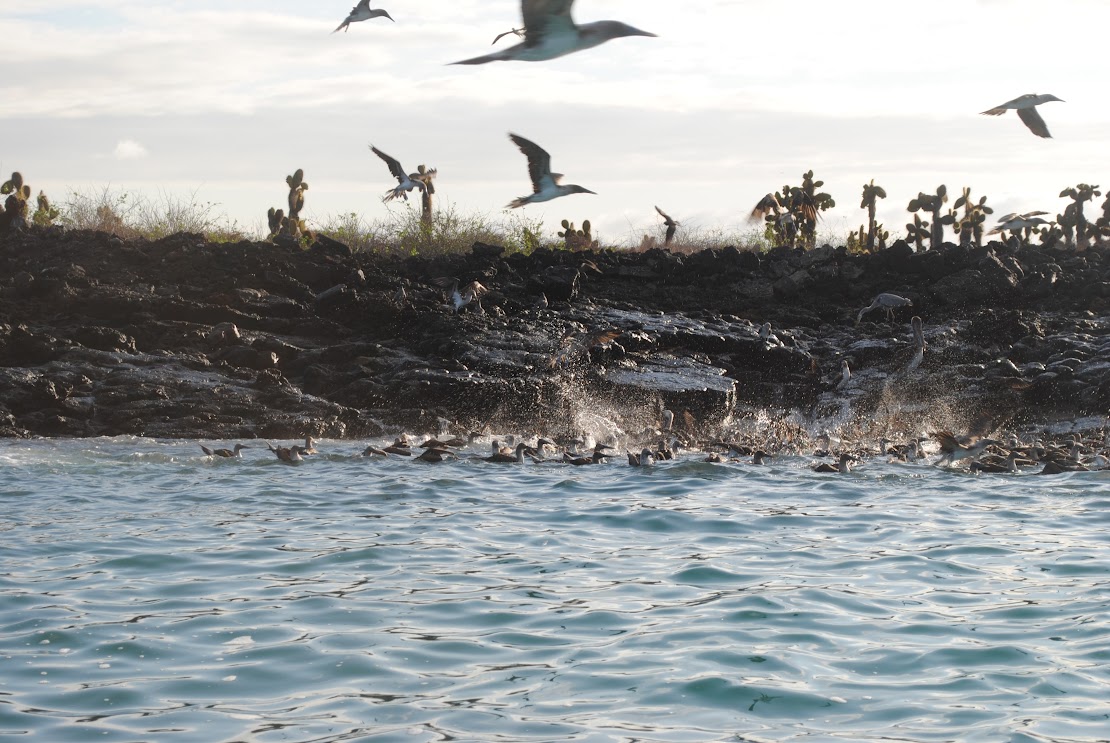 Looking back, I don’t know if I had specific expectations for Ecuador beforehand. But we found a place filled with history, authentic culture (from an outsiders’ perspective), and abundant natural beauty - and that’s without even having visited the Amazonian basin in eastern Ecuador. There’s so many great photos and places -La Ronda, Cotopaxi, Mitad del Mundo- that I haven’t even mentioned today, it boggles my mind. Ecuador was charming, full of friendly people and sea lions, and really left a mark. We’d go back in a heartbeat!

If you’ve made it this far, thanks for reading! For comments/questions, you’ll find my email address in the footer below. Cheers!